We live in a polyglot world. This is especially true for European countries like Luxembourg: an average Luxembourgian speaks up to five different languages a day. Children who grow up in such a multilingual environment require tech-filled aid in increasing their language awareness.

The problem is that most apps designed for kids lack “bilingual” functionality. As a rule, they allow you to switch languages in your device’s settings but do not support more than one language within the app itself, not to mention switching between different languages on every page. 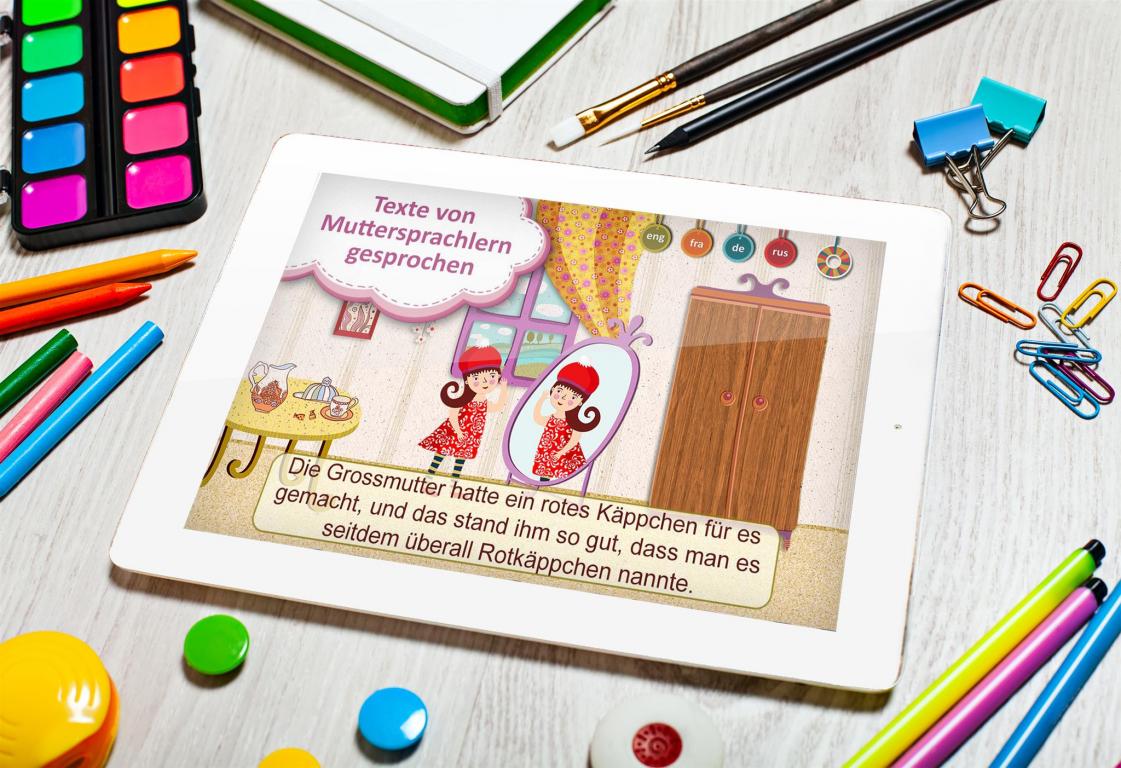 The idea for this app came to The Loupe’s founder Tetyana Duebbers-Karpenko when she was a researcher at the DICA-lab of the University of Luxembourg and mother of a baby daughter. Tetyana wanted to translate her scientific knowledge into a concrete tool that would help her daughter and other children to develop in the context of multilinguality. “Learn languages with the fairy tale “Little Red Riding Hood” was first made in Prezi and then transformed into a bilingual e-book in cooperation with FounDreams, a company, which develops apps for children.

The feature that makes the app unique is the ability to “play” with languages on every page. It means children can explore the story on their own, which provides a fun way to increase language awareness. Another strength is a truly immersive user experience: working with the app involves touch, hearing and sight, since its functionality is reinforced by cool, vivid, fairytale design with bagel-like buttons.

Does it really work?

Absolutely. The app receives a lot of positive feedback, although at first many people find it a bit unusual. In fact, “Learn languages with the fairy tale “Little Red Riding Hood” is an advanced version of a bilingual book, and most users have never read one before. However, in a short time, parents and kids get used to the concept and appreciate its convenience.

It is worth noting that the app brings best results when it turns into shared experience. Therefore, we recommend parents to begin with joint reading or listening. This would encourage a child to go deeper later on. According to parents’ reviews, the app adds to proper pronunciation, rich vocabulary and better understanding of different cultures.

“Learn languages with the fairy tale “Little Red Riding Hood” was our first polyglot project. It gave The Loupe enough experience to develop a number of multilingual websites and apps, which have been created ever since its completion. They help businesses to expand their target audience. If you want your website or app to do the same, consider contacting The Loupe. We don’t get lost in translation.